Here you will see some photographs that illustrate both the evolution of Burgos between the 19th and 20th centuries and the different personalities who lived in Burgos and, more specifically, those related to the Palacio de la Isla. 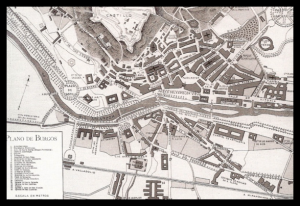 The Paseo de la Isla and the Palacio

Between the 19th and 20th centuries, Burgos experimented a demographic and urban growth. 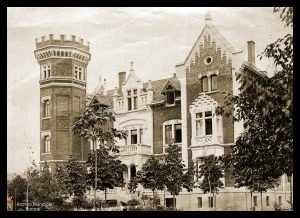 Between 1882 and 1902, important events took place, such as the construction of the Palacio de la Isla and the accident in Quintanilleja. 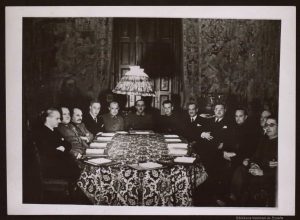 The oath of office of his first government took place in the General’s work hall. 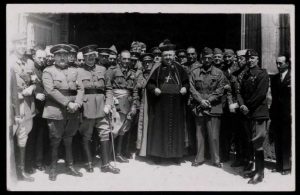 The Italian Fascius during their visit to Burgos (1938) 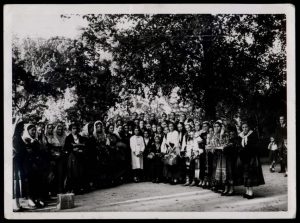 On May 30 the archbishop imposed the insignia of the Aspirancy of Catholic Youth on Carmen Franco. 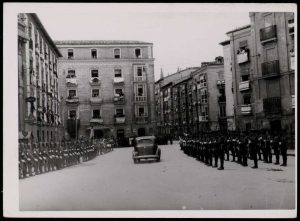 Presentation of Letters of Credence and Marshal Pétain (1938)

On 24 March, he presented his credentials to General Francisco Franco, at the Palacio de la Isla of Burgos. 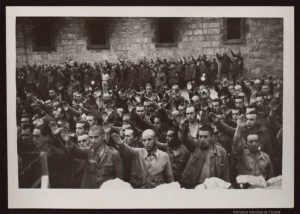 In 1937, it was used as a classification and accommodation camp for prisoners of war. 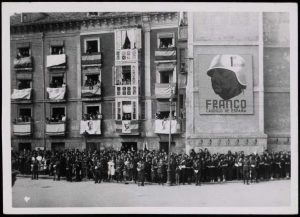 Celebration to commemorate the arrival of General Francisco Franco to power as head of the Spanish State. 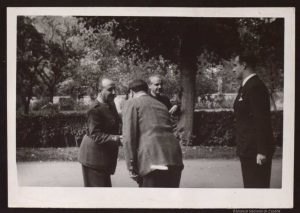 Sánchez Arcilla, special envoy of the “Diario de la Marina” of Havana, interviews the general in the presence of his brother-in-law Serrano Súñer. 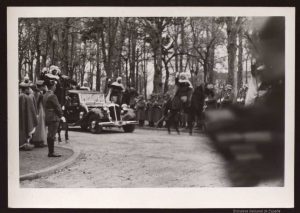 Credentials of Manchoukuo and Japan (1939)

Spanish-Japanese relations regained some importance, mainly due to ideological affinity, during the period when the Francoist government was linked to the Rome-Berlin-Tokyo axis. 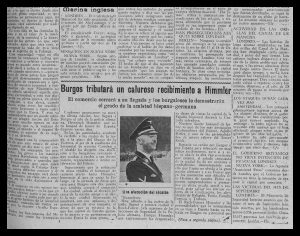 The visit of Reichfürher Himmler (1940)

On 19 October 1940, after the Civil War, Himmler travelled to Burgos to visit the “Capital of the Crusade”, the place from which Franco led the war. 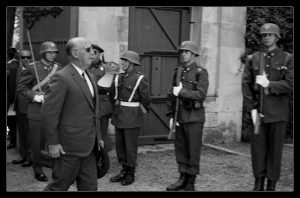 During the war, the Franco family settled in the palace, where he led the war, but after its end in 1939, he returned to Madrid with their family. 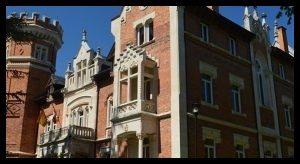 The Palacio de la Isla became the headquarters of the General Council of Castilla y León, the Police Station and, finally, the seat of the Instituto Castellano y Leonés de la Lengua.