On May 30, the Archbishop imposed the Catholic Youth Aspirancy badge on Carmen Franco, the dictator’s daughther. The event was attended by representatives of all the Women’s Sections and the Boards of Aspirants and Benjamins. After the mass in the Cathedral, an adaptation of “Snow White”made by the Marquis of Lozoya, was staged in the Teatro Principal at 11 a.m. And at 5:30 in the afternoon, at the Palacio de la Isla, the aforementioned imposition was made. 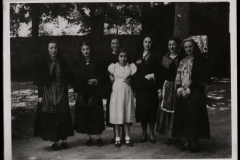 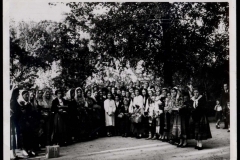