The oath of office of his first government took place in the General’s work hall. According to Diario de Burgos, “the setting was the austere office of the Caudillo. In the middle, the Council table was set up and in the left corner of the office, in front of the General’s table, a smaller one was placed so that the oaths could begin at five o’clock in the afternoon. 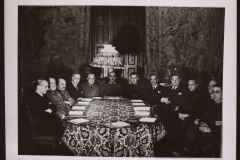 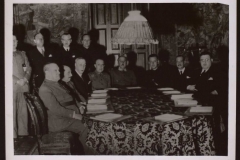 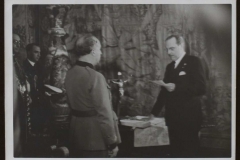