After Franco’s death in 1975, Juan Carlos I was proclaimed King in a political context of great uncertainty and initiated a programme, known as “Reforma”, which aimed at the transition from a Francoist to a democratic system. On June 30, 1978, the Palacio de la Isla became the provisional seat of the General Council of Castilla y León.

On August 17, 1990, the Burgos Police Station suffered a terrorist attack by ETA and was devastated. As of August 19, the Palacio de la Isla was chosen as the new location for the Police Station.

Later, in 1993, the Archives Recovery Service and, in 1996, the Edelweiss Speleological Group were located in the Palace. In 2005, it was adapted from the Palacio de la Isla as the headquarters of the Instituto Castellano y Leonés de la Lengua. 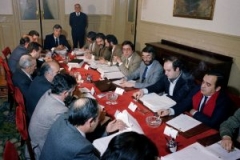 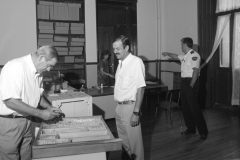 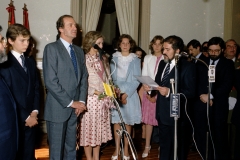 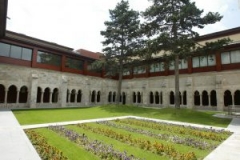 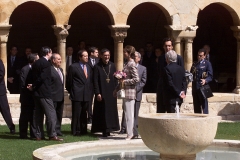 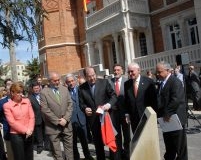 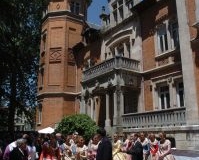 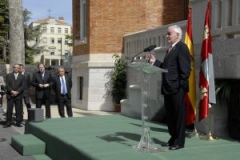